Tyler North is currently the Director of Bands at Sandia High School where he has taught in various capacities for almost 22 years. Presently, Mr. North serves as director of 2 concert ensembles, 1 jazz ensemble and a steel ensemble as well as directing the Matador marching and athletic bands. During his tenure at Sandia High School, these ensembles have consistently garnered first-division ratings at festivals around the state and country. In addition, the Sandia Wind Ensemble was named the NMAA Centennial Band in May of 2012.

Before beginning his career at SHS, Mr. North received his undergraduate and graduate degrees at Fort Hays State University (Hays, KS) and the University of New Mexico (Albuquerque, NM) respectively. In pursuit of his post-secondary degrees, Mr. North has had the honor of working with many fine educators including Lyle Dilley, David Wilborn, Michael Robinson, Eric Rombach-Kendall and Bruce Dalby. Mr. North is also certified in both AP Music Theory and IB Music instruction.

Mr. North is an active member of the New Mexico Music Educators Association, serving as vice-president of bands for the Albuquerque district for 8 years and president for 5 years. Mr. North has also supported the future of music education by working with many student-directors over the years, many of whom have gone on to have wonderful careers of their own.

Mr. North currently resides in Albuquerque, New Mexico, with his wife, Jean (without whom, the last vestiges of his sanity would have slipped away years ago), his daughters Amara and Avalyn, and his yellow Labrador, Nana (without whom, his clothing would not have its customary coating of yellow dog hair). 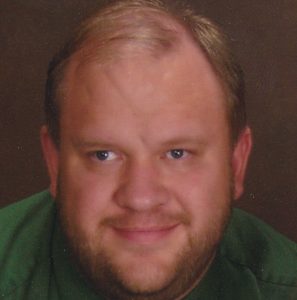